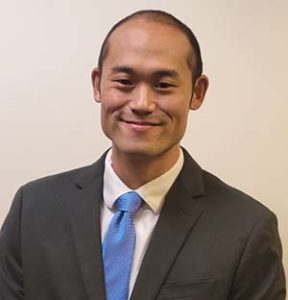 Wanyu is an Associate Attorney with McBreen Kopko & Dayal LLP. Wanyu is a lifelong learner. It was only natural that, upon becoming a lawyer, his interest would be in the medical arena, where intellectual growth is a constant. Wanyu has found deep satisfaction and dedication in his representation of the health care community.

Wanyu was admitted to the Illinois Bar in 2020. He received his Juris Doctor from St. John’s University School of Law in 2019. He received a Bachelor of Arts from Northeastern Illinois University in 2016. During his time in law school, Wanyu was an active member of the student body and served as the President of Asian Pacific American Law Students Association. He also acted as the Internal Competitions Coordinator for the Dispute Resolution Society and mentored numerous incoming and first year students. For his contributions to St. John’s University School of Law, Wanyu was recognized with the Daniel A. Furlong Award for Service and Leadership, which is “awarded to the student in the graduating class who, in the opinion of the Dean, has rendered outstanding service and leadership to the law school community.”

Prior to embarking on a career in law, Wanyu worked as a commercial fisherman in Alaska for six years, and attributes much of his work ethic and sense of empathy to his time fishing on the Bering Sea.